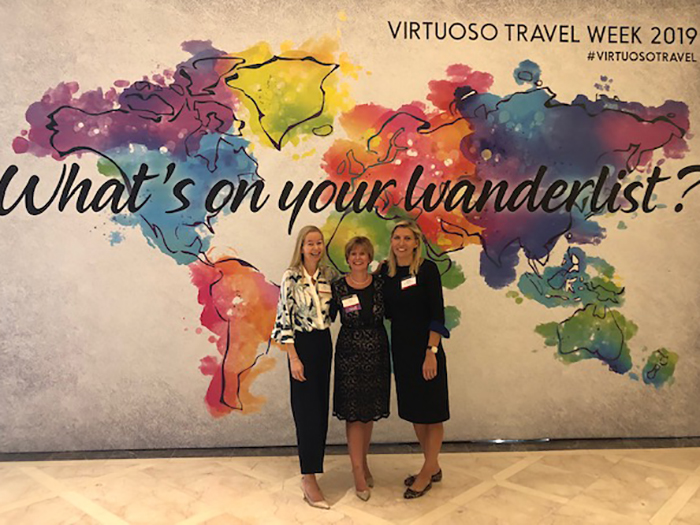 The Summer months have flown by and the team have been busy celebrating the wonderful weather with visits to events, properties, suppliers and trade shows to keep our fingers on the pulse on all that’s new and exciting in the UK and Ireland.

Holly, David, Emer and Louise had a very successful and fun Travel Week in Las Vegas meeting old friends and new and travel advisors from around the world to enhance their knowledge of Dream Escape and what we do. 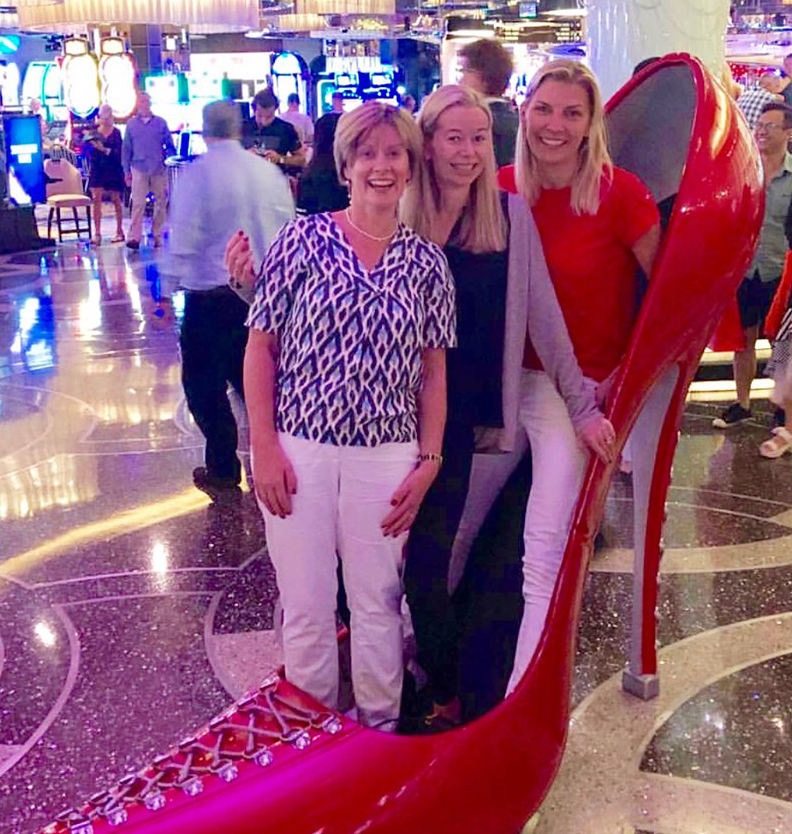 Holly and David visited the beautiful Ardmaddy estate in Oban, West Scotland. They also were in Northern Ireland, in Belfast where they visited the Crown Bar and the Belfast Grand Opera House and Castle Espie Wetlands Centre on the banks of Strangford Lough, County Down.

As well as the above, David has been out and about camping and exploring the islands of Shetland and Orkney. The Tobin’s also enjoyed stays in the Lake District at the Gilpin Hotel, Broughton Hall in Yorkshire and Castle Combe in The Cotswolds. 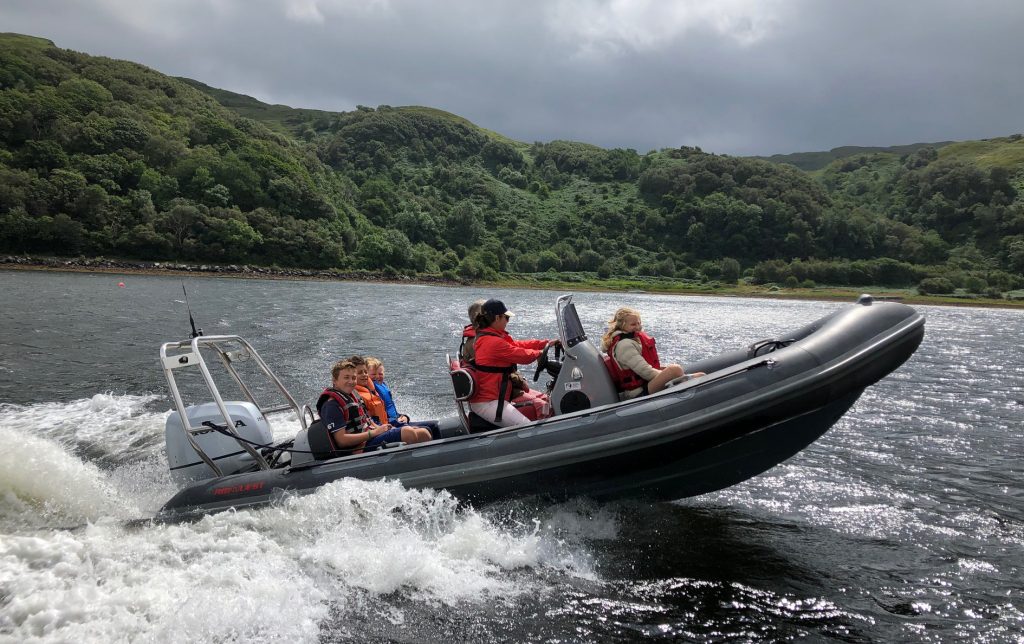 Claire and Head of Creative Planning, Lesley enjoyed a wonderful week in Ireland, out and about visiting properties old and new and discovering new experiences for clients along the way. They were treated to show rounds of The Park Hotel at Kenmare, Killarney Park, The Europe, Killarney Royal, Mustard See at Echo Lodge, Adare Manor and Dromoland Castle. Activities included Macroom Buffalo Cheese Farm and Killarney Falconry Hawk Walk (pictured below) with overnight stays at Sheen Falls and the Great Southern Hotel.

Back in Scotland, they were joined by Head of Operations, Nicola on a great visit to Kinloch Anderson Kiltmakers to learn more about their VIP tours and their Royal Warrant. Read about Nicola’s Sweatember Challenge for Cancer Research below.

Claire has had meetings with Cameron House to update Dream Escape on the progression of the property restoration. She also attended the Edinburgh Chamber of Commerce Developing Edinburgh Event at Edinburgh Castle. 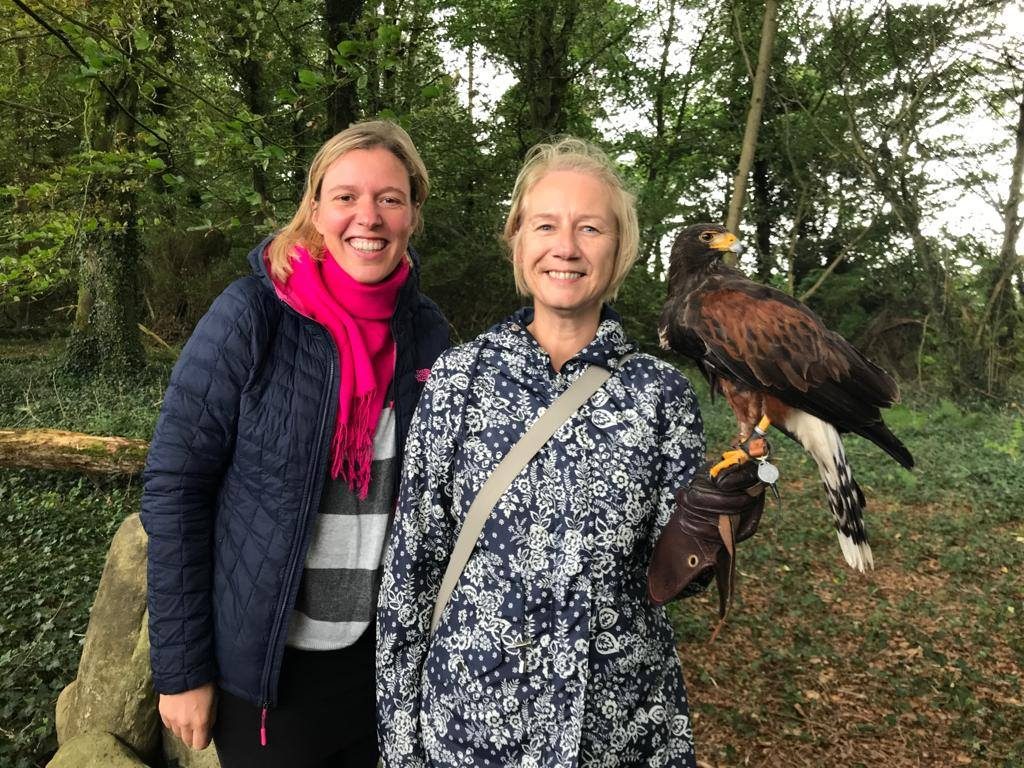 Rosie has been travelling far and wide hosting groups and keeping up to date the latest goings on.

In England, Rosie has been to Browns Hotel, a private tour with the Sub Dean at St James Palace, Banquetting House, Whitehall, Drapers Hall, The Globe. Lunch in Little Banqueting House at Hampton Court Palace, Private visit to the Royal Library and Moat Garden at Windsor Castle, Private dinner and tour at Kensisngton Palace, Westminster Abbey and the ancient Ceremony of the Keys at the Tower of London.

Sally attended Ascot (pictured below) and Glyndebourne with visits to Buckingham Palace, the Mary Quant Exhibition at the V & A Museum in London and the Stanley Kubrick Exhibition at London’s Design Museum. 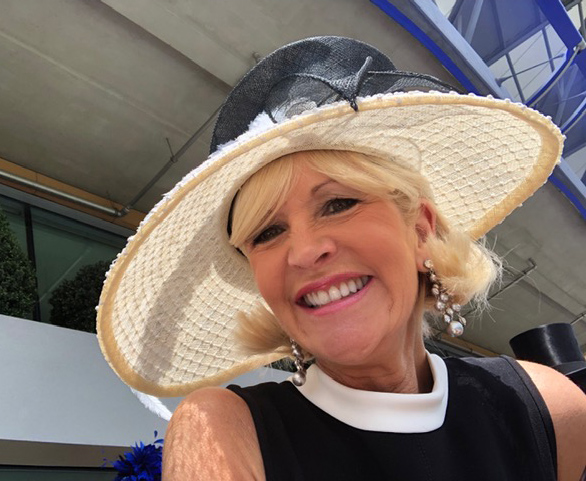 Our wonderful Head of Operations, Nicola has decided to take on her own challenge in September and take part in Sweatember for Cancer Research UK.  That means 30 days straight of doing some exercise, as Nic, herself says ‘routine for some in this office but not for me…’ 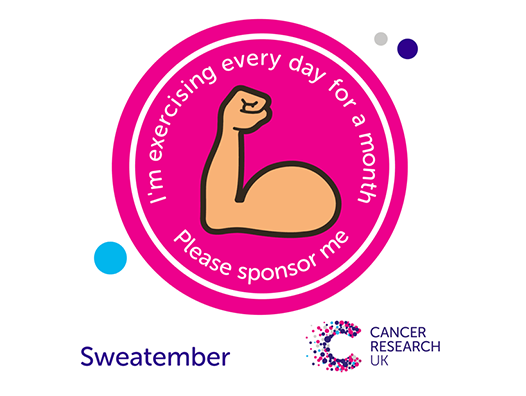 Sue has been busy flying the Dream Escape flag at The Henley Festival and in North Devon at a ‘hard hat’ tour of a new and exciting property. She has also spent some special time in the Lake District in Keswick, Derwentwater and Lake Windermere with Family. A highlight was a Family Fell Pony Adventure with a traditional Lakeland Pack Pony following part of an ancient pack horse route through beautiful meadows, woods and fell. 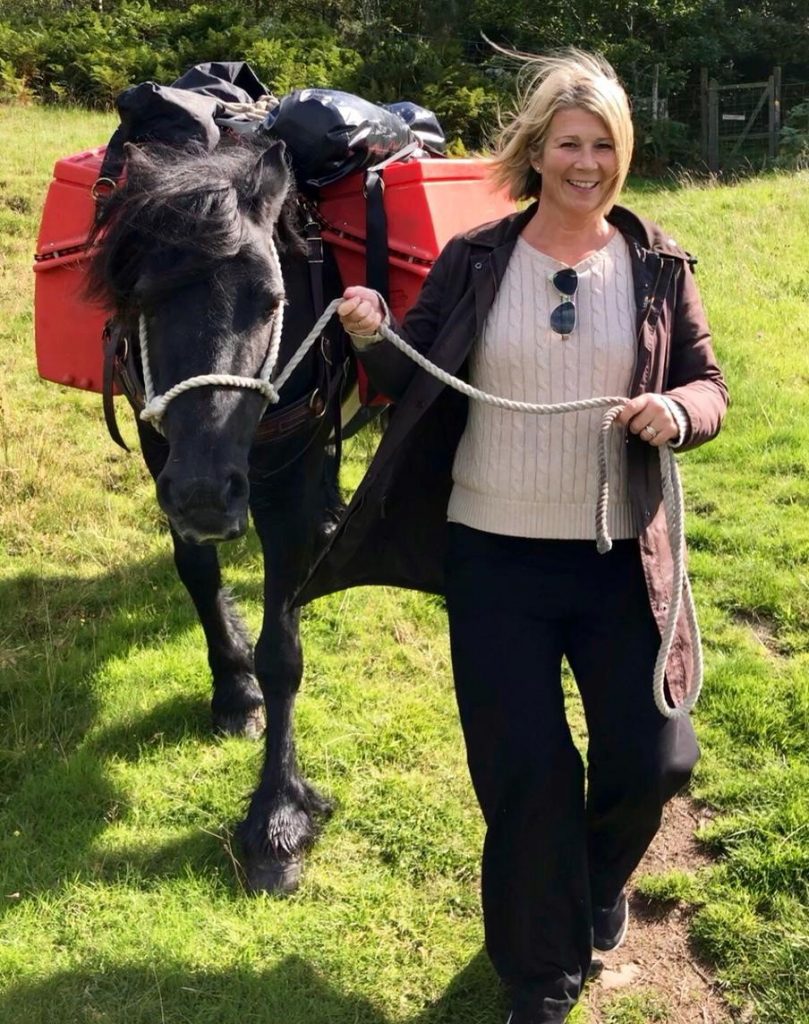 As well as site visits to Greenwich and the Old Royal Naval College, Dream Escape’s newest recruit has been out and about attending the British F1 Grand Prix at Silverstone! 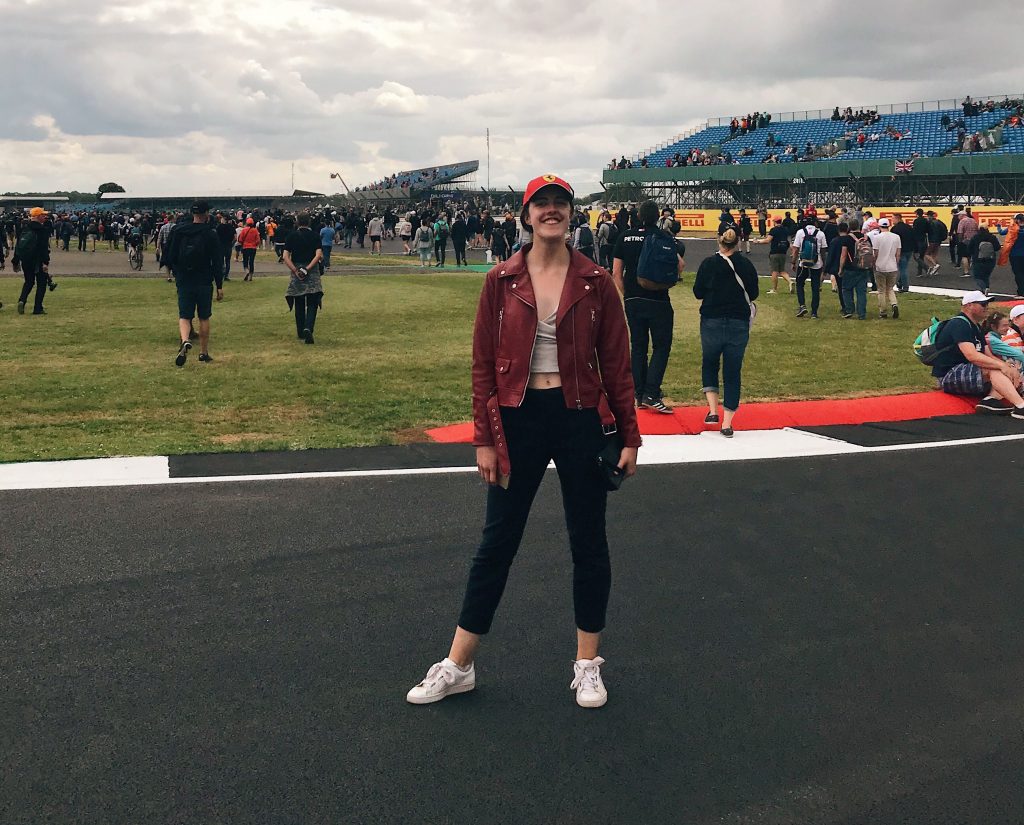 We are so excited! - Dream Escape Magazine is now available in selected Barnes & Noble bookstores across the US 🙌 🙌 🙌 Head of Marketing, Sue Morris was first in line to pick up her copy in California this week!You can also buy a copy online at www.dreamescapemagazine.com/shop/#dreamescapemagazine #barnesandnoble #issuu #dreamescapeltd ... See MoreSee Less

Louise Murray, Dream Escape's lovely Head of Product, indulged in some 'Highland Escapism' at Straloch Estate this week with a luxury wild picnic. Located at a hidden bothy nestled in the hills, this is a truly wonderful opportunity to reconnect with nature and enjoy the beautiful landscapes of Perthshire whilst enjoying a unique and private Dream Escape experience.⭐ Get in touch with our Travel Design Team to plan your own very special Dream Escape ⭐#dreamescapeltd #dreamteam #stralochestate #greatoutdoors #perthshire #privateexperiences #luxurypicnics #outdoordining #visitscotland #luxuryscotland #escapism #connected #outandabout ... See MoreSee Less

We are celebrating Afternoon Tea Week and can't think of a more perfect place to spend it than one of the Red Carnation Hotels 🌹 Our favourites are the beautiful Drawing Room at Ashford Castle, Ireland with views to Lough Corrib and beyond or a perfectly placed Royal afternoon tea in the Palace Lounge overlooking the Royal Mews at the Rubens at the Palace in London. 🌹Read our interview with Red Carnation Hotels here where we discuss their personal approach to hospitality and customer service, sustainability and future plans >>>>> issuu.com/contistamedia/docs/dreamescape_summer2022/s/15913495#dreamescapemagazine #dreamescapeltd #issuu #issuustories #issuulite #redcarnation #afternoontea #afternooteaweek #luxuryukandireland #connected #foodie #ashfordcastle #rubensatthepalace ... See MoreSee Less

It is time for one of Dream Escape's favourite Summer festivals in our home town of Edinburgh officially 'The Best City in the World' as voted by Time Out! 🙌The Edinburgh Festival celebrates it's 75th anniversary this year! For us, the highlight is always The Royal Edinburgh Military Tattoo and this year's show - Voices, A Celebration of Expression, promises to live up to it's reputation as The Greatest Show on Earth! issuu.com/contistamedia/docs/dreamescape_summer2022/s/15915693📷 The Royal Edinburgh Military Tattoo#dreamescapeltd #dreamescapemagazine #Issuu #IssuuStories #issuulite #summerfestivals #edinburgh #EdinburghInternationalFestival #EIF #luxuryscotland #visitscotland #royaledinburghmilitarytattoo #edinburghtattoo #greatestshowonearth #connected #visitedinburgh #bestcityintheworld ... See MoreSee Less