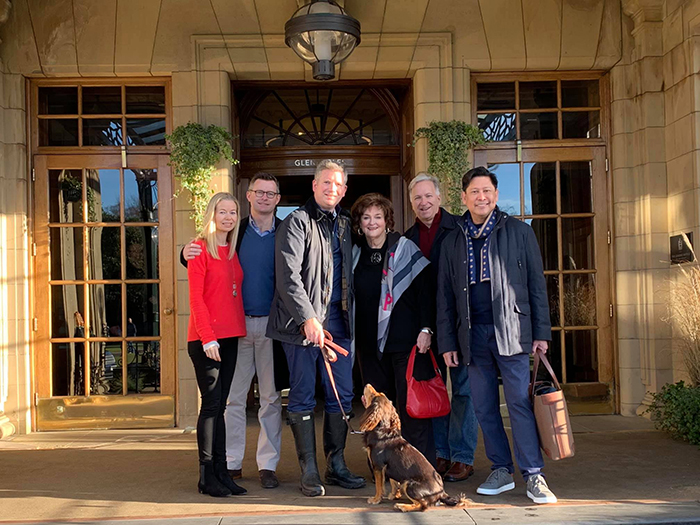 The Dream Escape team is constantly travelling in search of new experiences. Here is what we have discovered in January

We have hit the ground running in 2019 and have already been out and about meeting travel advisors and suppliers, attending new openings and sharing our expertise.

Holly and David were honoured to be invited to the opening of the Fife Arms and to Gleneagles for a VIP stay hosted by Hidden Doorways, Travel Collection and the respective hotels. They started an epic few days with a tour of the new Braemar Highland Games Centre followed by dinner at the newly opened hotel. The Fife Arms was officially opened by the Duke and Duchess of Rothesay, HRH Charles, Prince of Wales and Camilla, Duchess of Cornwall. Holly and David attended this very special opening visit and were then taken on a tour of Royal Lochnagar Distillery for a whisky tasting.

Time spent at Gleneagles included country sports and exploring the property’s outstanding facilities. They enjoyed an amazing seafood and BBQ lunch in the lodge followed by clay pigeon shooting and show round in the Equestrian Centre. Drinks followed in the iconic Century Bar and the group enjoyed a very exclusive, private dinner in the wine cellar with Conor O’Leary, Gleneagles General Manager and Jane McGee, Commercial Director. 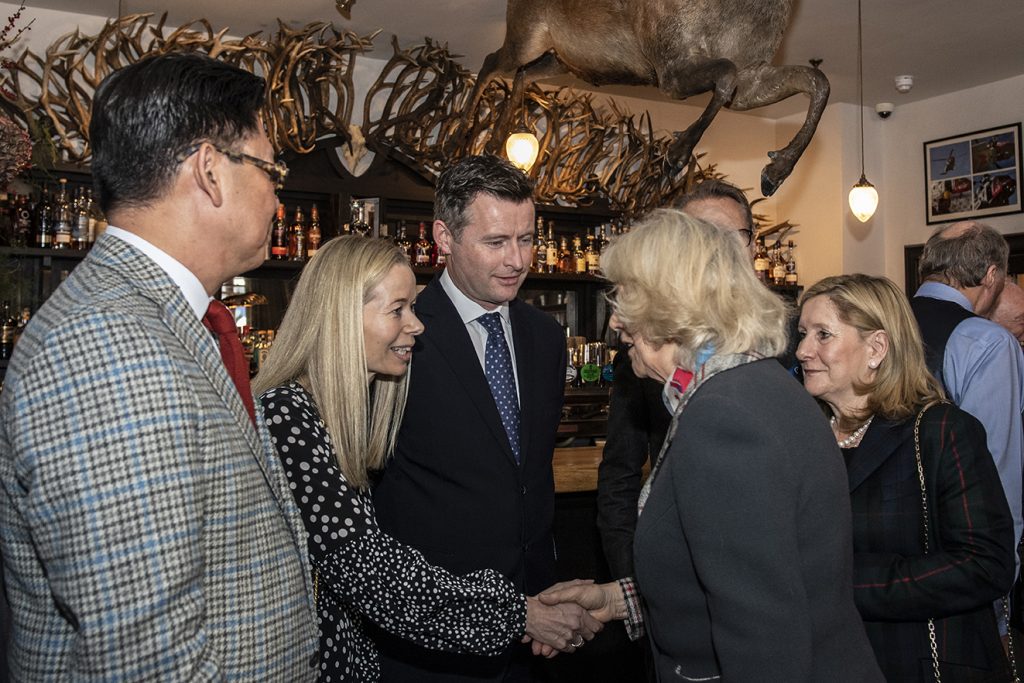 Rosie was delighted to co-present two workshops and sit on a panel of experts at the Guided to Growth Conference at Cohen Quad, Exeter College, University of Oxford organised by the British Guild of Tourist Guides.  This 2-day educational conference was designed to inspire forward-looking Blue Badge guides with ideas and techniques based on ‘best practice’. We are very proud of Rosie, our very own Mary Poppins! 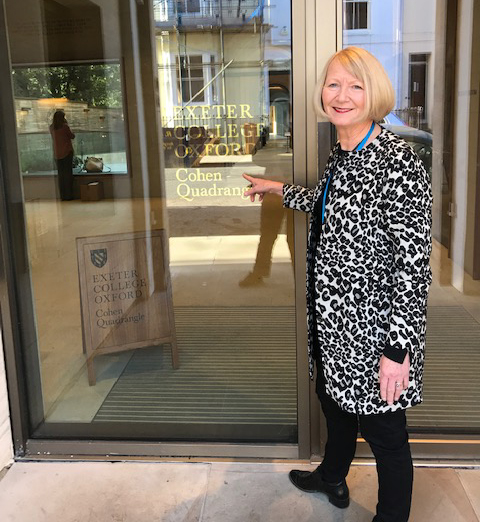 Emer has just returned from a week on the road in Texas. With partners, The Hotel Merrion, Dublin and The Balmoral Hotel, Edinburgh, they covered the state from Dallas to Fort Worth to San Antonio, Austin and Houston. A great week catching up with acquaintances and meeting new advisors. 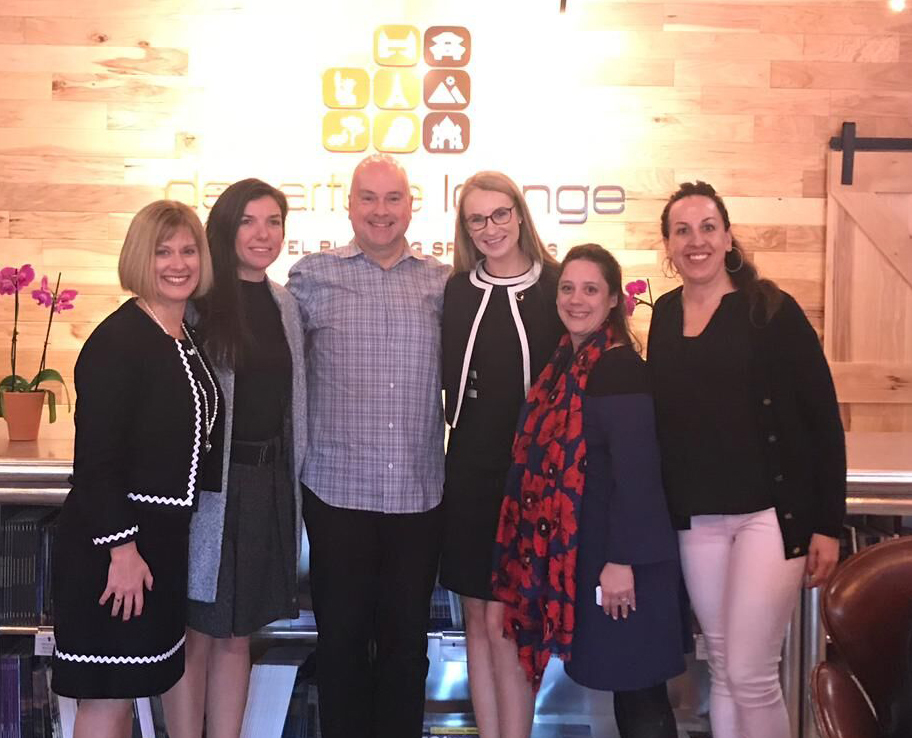 Sue met with Alexandra Tollman, Director of Sales at Red Carnation Hotels, in London and enjoyed visits to Rubens at the Palace, 41 Hotel followed by lunch in their BBar.

Lou visited Heckfield Place in Hampshire. A lovingly restored Georgian Family home, it exudes comfort. elegance and country seclusion and benefits from proximity to London and the major airports.

Michael visited Badminton Estate and Badminton House in the South Cotswold’s. This is the home of the Duke of Beaufort, and famous for the 3-day equestrian event in early May. He followed this with tea at nearby Castle Combe Manor, a historic luxury hotel with a golf course in England’s ultimate chocolate box village. Another English Garden treat to share from a recent visit. The scale, grandeur and beauty of Stowe has inspired writers, philosophers, artists, politicians and members of the public from the 18th century to the present day. Since the National Trust acquired the gardens in the late 1980s, an ambitious programme of restoration has ensured that over 40 temples and monuments remain, gracing an inspiring backdrop of lakes and valleys with an endless variety of walks and trails, a delightful visit, any time of year.

Stowe has evolved from an English Baroque garden into a pioneering landscape park and is said to be the first English garden for which a guide book was produced. Def worth a visit on your next trip to the UK.

Surfs up! Check out this bird’s eye view of surfers catching some wild Atlantic waves... 🏄‍♂‍ loving this shot 📸

The force will always be strong on the otherworldly Skellig Michael, just off coast of County Kerry along the Wild Atlantic Way! ⛰️✨☘️

Check out our Dream Escape Set Jetting experiences and you too could find yourself walking in the footsteps of our movie greats ....https://dreamescape.co.uk/family-set-jetting-in-ireland/

Well that's a wrap! Our Head of Sales, Emer Mortell had a fantastic week of virtual sales calls around California with Gillian Griffin @ Adare Manor Hotel Manor Hotel and Susie Hopkins Burke @ The 5 Star Merrion Hotel in Dublin. A big thanks to all our wonderful advisors too for their valuable time.

We will all look forward to welcoming you and your clients back to the UK and Ireland very soon. Have a great weekend everyone !

"Now they ride the wintry dawn Where Benbulben sets the scene." – WB Yeats