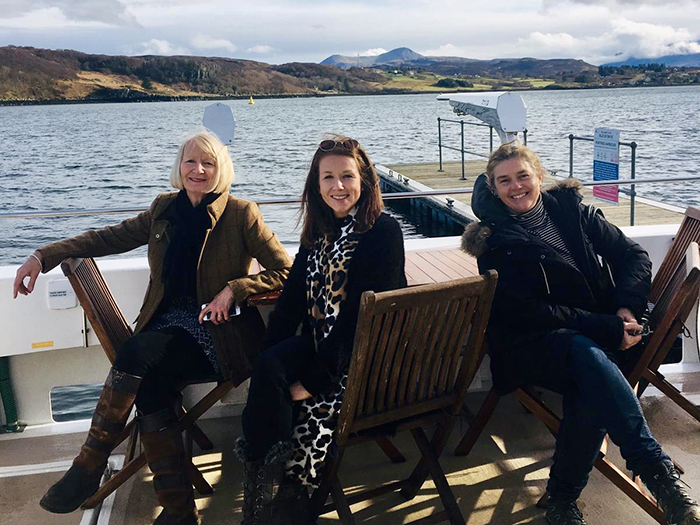 The Dream Escape team is constantly travelling in search of new experiences. Here is what we have discovered in February and March.

It has been a great start to the year. We have been out and about on site visits, fact finding missions and planning our exciting forthcoming educationals with JH Hotels & Companies in April and Valerie Wilson Travel in May.

We are also excited to announce that the Dream Escape team has expanded yet again, as we welcome Ashley Harris to the Operations Team and Sally Strange to the Guiding Team.

David attended the JH Hotels US Roadshow earlier this month. (pictured below) 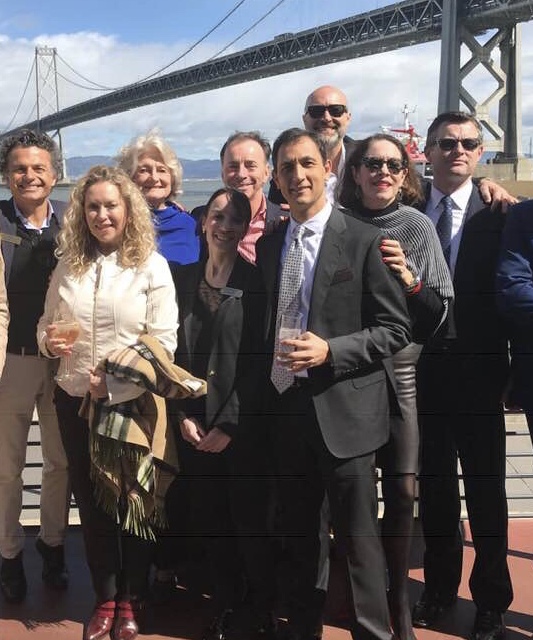 Emer Mortell (Head of Sales), Sue Morris (Head of Marketing) and Sarah Butler (Marketing Executive) enjoyed a stay at The Balmoral, Edinburgh and a show round of the newly renovated suites. They were joined by Dream Escape Owner, Holly Tobin for a fascinating tour and demonstrations at Araminta Campbell’s weaving studios in Leith. This was followed by a tour of Fingal, the recently opened floating hotel by Royal Yacht Britannia which is permanently docked in Leith.

Emer has been enjoying meeting colleagues old and new on sales trips to the US. She is pictured here at the Poe Travel bazaar in Little Rock Arkansas. She also organised a Florida sales trip with The Balmoral Edinburgh and The Merrion Dublin and has just returned from a sales trip to Denver, Phoenix and San Francisco with the Gleneagles Hotel and Adare Manor.

Sally attended the Christian Dior: Designer of Dreams Exhibition this week at the Victoria and Albert Museum, London which has just been extended until September due to the overwhelming popularity.

Rosie has travelled the length and breadth of the UK and Ireland this month!

Dream Escape were delighted to be invited by the Consul General of Ireland in Scotland, Mark Hanniffy, Tourism Ireland and Enterprise Ireland, to attend a reception to celebrate St. Patrick’s Day. The event was held in the beautiful Georgian Assembly Rooms in George Street, Edinburgh where Dream Escape was represented by Planning, Operations and Guiding . Rosie was joined by Annika Busam (Creative Planner) and Helen Kidd (Operations Executive). They were delighted and honoured to be introduced, by Caroline Mulligan of Tourism Ireland, to Brendan Griffin, Minister of State for Tourism and Sport, Republic of Ireland. 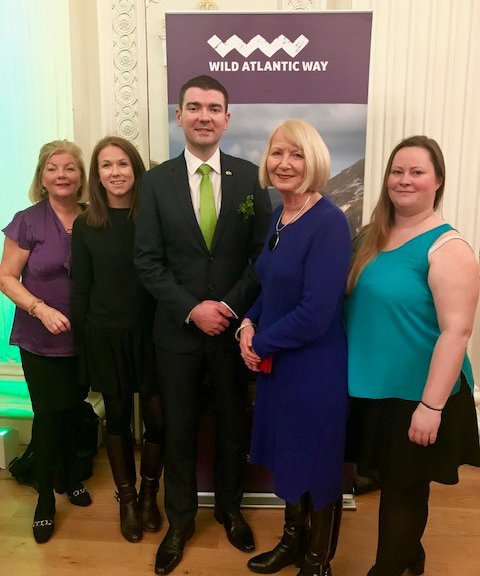 She is currently in Ireland with David, viewing Cliff House Hotel, Lismore Castle and Adare Manor.

Michael was exploring Agatha Christie Country this month in South Devon. He took the Torquay – Paignton steam train past her house at Greenway to Dartmouth. 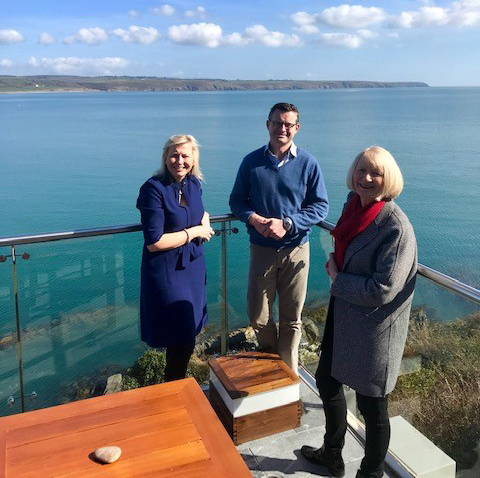 Glorious Gardens to Explore in 2019

This month we are highlighting the great gardens of the UK and Ireland, showcasing outstanding ideas and expe...

It's London Fashion Week and what better way to celebrate our iconic British Fashion industry than with an exclusive interview with Anne-Sofie, Countess of Lucan. Dream Escape meets the founder and designer of Lucan Fashion, to chat about her British country tailoring brand, colour, luxury, the Lucan studio and more, at her beautiful London home. Read the full interview now in the Autumn Issue of our Dream Escape Magazine.

Dream Escape Magazine AUTUMN is out now. Inspirational features in this issue include exclusive interviews with The Countess of Lucan, award-winning Irish Chef Richard Corrigan and 7th Lord Erne of Crom Castle, as well as features on Oxford, Isle of Islay and Donegal. The must-have read this weekend!

Print copies of the Spring, Summer and Autumn Issues are also available to purchase for $8/£11 each. Get in touch @ www.dreamescapemagazine.com or click to read the digital version now issuu.com/contistamedia/docs/dreamescapeautumn2021?fr=sZDJlZTQyMzUzNjI

Always a pleasure to catch up with our valued travel partners from the US and even more wonderful to have Susan back with us in Ireland🤩🍀 ... See MoreSee Less

Today, it's all about the chocolate and this is a wee stop-over for your next trip to Scotland, that your lips will be thanking you for time and time again.

Known as the Highland Chocolatier, Iain Burnett is a world-class chocolate artisan based in the heart of Perthshire, Scotland. Iain makes a wide range of spiced pralines and dipped fruits, but it’s the Velvet Truffles® which have brought him to worldwide recognition as a Master Chocolatier and Truffle Specialist and it was great to pop in and see him this week.

Let us arrange a private chocolate and whisky tasting, or just a scrumptious mug of double white chocolate hot choc😋- Two of our favourite tipples that everyone needs to try!